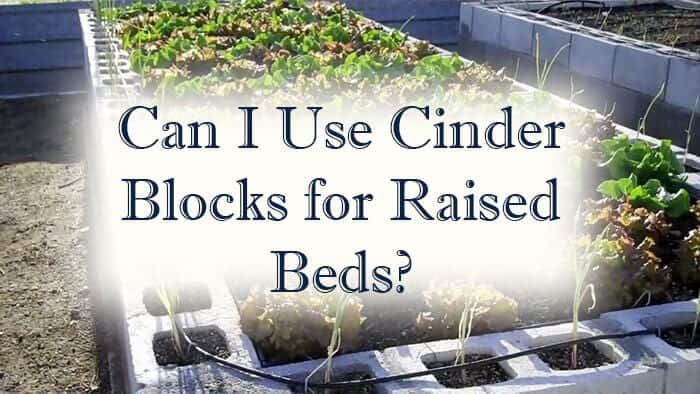 Update: One idea to combat some of the issue related to heat would be to insulate the bed with wood chips up to near the top of the cinder block. I’d think this would help with many of the issues related to overheating.

I’ve spent some time researching whether or not it would be a good idea to use cinder blocks to build a longer-lasting raised bed and wanted to share the best information I found about the topic. Out of everything I found, this article summarizes the information best. The author, Mike McGrath, also hosts the You Bet Your Garden radio show and podcast. It’s one of the best resources I’ve found for solid and fully-researched gardening info. Mike’s books are also full of great information. This pretty much sums up the potential issues:

“Now, the question of leaching from these blocks is, as our listener states, endlessly debated. But the aggregate in any kind of block is bound up pretty tightly, so the main concern might more realistically be about the cement common to all these objects. Cement is made from lime, which is highly caustic and alkaline in its basic form. Objects made with cement have the potential to raise soil pH, especially in areas with acidic soils and/or lots of rain. One overwhelming piece of advice I found was that whatever you do, don’t use any kind of block near acid-loving plants like blueberries. It could raise the pH of their soil up into levels unhealthy for those kinds of plants.”

I love the idea of building raised beds out of something longer lasting than wood but the potential pH issues are a bit of a concern. However, several people have told me they’ve used concrete blocks for raised beds for years without any issues. If I had access to cheap or free concrete blocks I’d certainly give it a try. Have you used cinder blocks for raised beds? Please let me know in the comments if you’ve tried it and how it’s worked for you.

2 thoughts on “FAQ – “Can I build a raised bed out of cinder blocks instead of wood?””